For select products tagged as PROMOTION, we are offering 50% off with code EXTRA50 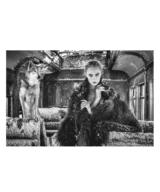 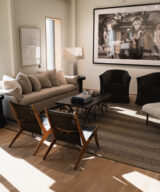 The Girl on the Train by David Yarrow

The Girl on the Train by David Yarrow

Insight from David Yarrow: This old railway carriage, was built in Montana in 1902 and operated until 1968. It now lies abandoned in the ghost town of Nevada City and serves as a reminder of the busier days in the mountains. At today’s value, when mining came to an end in 1922, some $2.5bn of gold had been extracted from the region. The state of Montana played an integral part in Gold Rush history.

I first visited the train in 2015 and immediately saw its potential for a staged shot. Half the window areas are open to the elements and in the winter the snow often overwhelms the decaying interior. In the following years we took a few pictures but, in many ways, these were a dress rehearsal for November 2020. We knew our light and our angles.

Taking the female icon Cara Delevingne to a unique site like this, so far from anywhere vaguely on the map, was an opportunity not to be wasted. This is not a job for the precious, the carriage is fragile and getting on board was not easy. But Cara, as I know from working with her previously, is not precious, she is game for anything that is creative and authentic.

The camera loves her and the styling – in an old buffalo skin coat – deliberately plays to a timeless story. She pings out of the train.